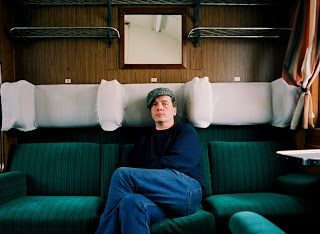 Song of the year was RL Burnside's See What My Buddy Done from the album Wish I Was in Heaven Sitting Down.
Posted by John Maguire

Given that Zombieland is featured on neither of your lists, I can presume that you haven't seen it?

I haven't seen Zombieland Arnie, a situation I must rectify in the new year

There are about 250 films released in Irish cinemas every year and everyone has their own favourites, ColmB.

I got a few laughs out of Funny People when I saw it, but the impression I was left with when it came time to compile my favourites was that I might have expected a few more, especially since the film was over two hours long.

As a result Funny People would more likely have ended up on the Worst list, albeit well down the order.

It's great that you liked it, but I didn't particularly. Another thing I don't particularly like is the use of the word "retarded". Be more aware of your language in future, or I won't publish the comment.

Oh so sorry i just really really liked it but i didn't mean it in a bad way.

Think that most of your top ten would be in contention for mine. The "watched twice" criterion is definitely a handy rule of thumb!

Other films in the mix, but not already mentioned at time of writing:

- A Prophet
- Synecdoche, New York
- Three Monkeys
- Everlasting Moments
- O'Horten
- The Limits of Control (may be in a minority of one!)
- Tony Manero
- Antichrist (has grown on me!)
- Fish Bowl
- 35 Shots of Rum
- Mid-August Lunch
- Katalin Varga
- The Class
- Johnny Mad Dog
- Bronson
- A Christmas Tale

Waiting for "Love Exposure" to open at the weekend, though, before deciding!

Always read your column... usually after having seen the film though!

We want the John Maguire Best Of The Naughties Decade List!

Love your list. Just enough things on it to make me want to go and seek them out on DVD or some such.

It's great to read what you say about the ending of Slumdog Millionaire .. I am tired of people being cynical about it and saying that the ending was only put in there to pander to a simplistic strata of society that needs that kind of thing at the end of a traumatic film in order to leave them with a way of feeling better about the whole thing.

Such final dance scenes are standard fayre in classic Bollywood films - and, Bollywood being the largest and most successful film industry on the planet - I felt it was right and fitting to pay some respect to that tradition.

I have two objections:

1) Creation wasn't that bad. Don't get me wrong, it's not a masterpiece - far from it - but there are hundreds films, released in 2009, worse than this one.

2) Last house on the Left was terrible and certainly deserves to be in your list - but finally a fellow Greek director made a film in Hollywood!!! All right, I'm kidding.

I'm surprised you didn't include An Education in the worst. I watched that recently and it was awful.