TC is starting to frighten me 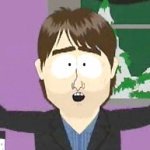 Tom Cruise. Who let this guy off the leash? Shotgun weddings, on-set Scientology tents, jumping on Oprah's couch like he's done a boom boom and has a full nappy? Ranting about fizzy-drink-antidote Ritalin. Live on the TV! And proper ranting too, 'cross the road to avoid the mad tramp' kind of stuff. Look at the eyes! When TC turns it on full beam, it's well and truly on, brother.

Why is he bashing on about Ritalin and shrinks? Has it something to do with his newly acquired 'zest for life'? That we would not be witness to the the irrepressible new side to Tom had he not recently decided to drop the happy pills is wild, almost feral speculation on my part, by the way. I need hardly clarify that I am not a confidante of TC or anyone close to him, and I live in Dublin, not LA. I don't even read Heat. And I think he was dead right to get mad about being squirted in the face by those muppets. That, to me is OK mad, not a problem. But when a very famous person is increasingly being perceived as acting really oddly in public, and no-one seems to be telling him to lay off a bit, it's only human nature to wonder why.

My point is (and long story short) if Tom Cruise was a friend of yours, you'd have a quiet word in his ear. Personally, I'd call for an intervention, but that sounds suspiciously like psychiatry and might lead to a session or two with the talking doctor and we (now) know how Tom feels about that (too). Ifs and buts aren't going to save Maverick from the mindfuck though, and if twenty years of ubiquitious celebrity has taught us anything, (and we all know it hasn't really) it's that generally loopy behaviour is likely to end badly.

We in the real world must be content to sit and watch as (someday fairly soon I'm thinking) his Thetan superbrain liquifies and starts seeping out of his eyesockets. Puking a puddle of intergalactic grey goo, strobe-lit black against his teeth for a moment by the paparazzi's flashbulbs. The publicist's shocked face as she grips her client's elbow. A random smiling co-star waving a skinny arm in the background, unawares in a pink frock. Moments later breaking news - crawling updates, 'iconic images', flower-strewn vigils. A moonlighting specialist with a nervous tic perched on a stool in a too-hot studio bleating on about 'explosive brainfreeze' and 'massive cerebral coughs'. I'm telling you, that is where all this is headed.

I don't want Tom's face to melt on the street outside some cinema in front of a thousand o-faced cameraphone owners. I'm not having a go at his religion (there is no shortage of people who will), I think he can believe whatever he chooses to believe. I'm more concerned about his newfound willingness to discuss Scientology and debate it's doctrines at length: excited, off-topic discussions that are more like frothy-lipped, evangelical testemonies than interviews. For a long time he wouldn't talk about his beliefs much at all. Now, his willingness to debate issues that seem to have nothing to do with War of the Worlds or the business of being an in-demand movie star or busy producer seem, to me, like carefully chosen opportunities to promote his beliefs and reinforce his overwhelming message. That following this cult/mental yoga/religion/sci-fi hogwash/whatever brought him positive results and untold riches, spiritual and secular. He's like Frank T.J. Mackey with this brain-dwelling aliens shit and I don't like it. A-List star endorsements are powerful marketing tools and the longer it continues, and the more I read about Scientology online, the more concerned I become about giving this nice guy with the big smile and the steady gaze the stage to sing its praises. And there's months of this stuff coming.

I've been puzzling over what to do with this online space and the nuggets of available time I have to use it. I'm interested in my ongoing developing, almost professional relationship with movies and entertainment - and the few of the good ones that might have an insight or make an impression that develops into a fascination. I'm also interested in exploring my own rapidly yellowing opinion of Hollywood, and posting items that you might not see elsewhere that , to me, go some way towards exposing the absurdity of modern cinema. But maybe any artform/business model is ridiculous when you take the stupid stuff (Cruise vs Holmes, Pitt vs Joilie) and extract it to make a cumulative conclusion. Especially during the summer season. You tend to forget that not every line of dialogue is roared across a cavernous set. At a robot. But that's an argument for another day.

So, a rambling Proustian diary or a cynical sub-Defamer pisstake? Great choice. It'll probably end up being a mix of both of these things with whatever half baked theory or trashy rumour I find online thrown in for good measure. You expected?

Consider this. A film producer knows that people love going to the movies. In this country we go all the time, with almost 5 million admissions in 2004 at about €7 a pop. A film producer takes this love, this desire to be entertained - to escape the drudgery of everyday life for a couple of hours - and uses it as a stick to beat loose change from the pockets of unsuspecting audiences. Even if they pay no attention to us, much less thank us, critics stand between those people and that beating.

Barking at the mooon

"Anything where you have a dog in that superhero context, that’s appealing on a global basis...’

Soon there will be animated super-canines in EVERY movie.
Posted by John Maguire No comments:

Spielberg works nine to five - like a salesman or a dentist. Why is that factoid gnawing away at me?
Posted by John Maguire No comments:

If anyone comes across this site accidentally (unlikely, I know) - please ignore it's appearance, content and generally sketchy air of desperation for now. I'm new here and haven't told anyone I don't know what I'm doing yet. If you did stumble in here, welcome...
Posted by John Maguire 1 comment: