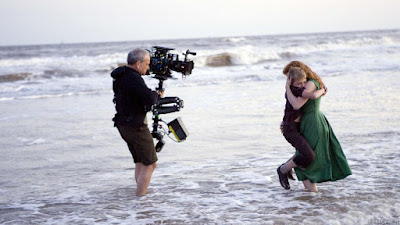 The approaching change in the calendar brings with it the irresistible urge to look back over the year and compile a list of the best, and worst, films of 2011. I have listed my favourites in no particular order but if I must pick one above all the others, it would be Terrence Malick’s Tree of Life, as entrancing as it was baffling. As has become the barometer of these things, over the years, it is the only film I watched again in a cinema after seeing it at a press screening.

The Tree of Life
Terrence Malick tackles life, the universe and everything with his semi-autobiographical, epoch-spanning film about a boy growing up in 1950s Texas, by way of the Big Bang. Poetic, spectacular and only occasionally overblown, there was enough food for thought to serve whole banquets of leftovers in the weeks that followed. At least there was for me.
Animal Kingdom
David Michôd’s Australian crime drama was a masterful examination of a gangster family collapsing under the weight of their own corruption, with a superb performance from Jacki Weaver as the Machiavellian grandmother.

Take Shelter
Better than von Trier’s overblown Melancholia, writer-director Jeff Nichols and his intense star Michael Shannon tell a low-key, anxious story of a man plagued by visions of an impending apocalypse. It captures the unsettled global zeitgeist better than any other film this year.

Black Swan
Top notch performances from Natalie Portman and Mila Kunis anchored Darren Aronofsky’s wildly melodramatic study of a ballet dancer disintegrating while preparing for her role in a production of Swan Lake.

The Skin I Live In
On the surface, Pedro Almodóvar’s latest was a lurid melodrama about the extremes of body modification, but beneath the shocks and twists lies a masterfully told story about guilt, identity, obsession and redemption.

True Grit
The Coen Brothers’ fascination with the tropes of the American Western comes to a natural conclusion with this vastly entertaining horse opera, featuring a breakout performance from newcomer Hailee Steinfeld.

The Guard
John Michael McDonagh’s hilarious black comedy was the most invigorating Irish film of the year, with an indelible performance from Brendan Gleeson as a devil-may-care rural Guard.
Tinker Tailor Soldier Spy
Tomas Alfredson, director of 2009s best film Let the Right One In, brought a new atmosphere of damp and decay to his adaptation of John Le Carre’s classic spy novel aided by a stellar cast, especially Gary Oldman as the meticulous George Smiley.

13 Assassins
More than a decade after Audition prolific Japanese director Takashi Miike finds the same masterful touch with the chanbara genre as he did with horror, and almost did with all the westerns, romantic comedies, noir thrillers and cannibal musicals he's filled the time with since. His remake of Kudo's 1963 film is an instant samurai classic; boldly told and beautifully visualised without the use of computer effects.

Senna
Asif Kapadia told the story of Brazilian Formula 1 driver Ayrton Senna through a masterfully assembled flow of television footage and home movies. In a fine year for documentary (which included Project Nim, Cave of Forgotten Dreams and Knuckle) Senna was the stand-out.

Matthew McConaughey had three films released in 2011 but none of them made it over here. So this year's Worst list was short three places, for about ten seconds. "We make a lot of shitty movies", a guy called Ron Meyer said in November. He's the president of Universal Studios. 7 of the 10 top-grossing films at the US box office in 2011 were sequels. The other three were remakes, of one stripe or another. Five of those seven sequels were actually three-quels, or more.

The Green Lantern
The mucoid green colour palette was the most appealing element of this disastrous superhero film.

Pirates of the Caribbean: On Stranger Tides 3D
Once more unto the breech for Johnny Depp and his accountants in Disney’s hyperextended franchise installment which was as loud and obnoxious as it was boring.

Larry Crowne
Say it ain't so, Tom Hanks. This is one of those movies Ron Meyer was talking about.

Dream House
Jim Sheridan’s hopelessly muddled, haphazard and half-hearted haunted house horror wasted the talents of Daniel Craig and Rachel Weisz, and the time of anyone unlucky enough to watch it. Another one of Ron's.

Kaboom
Greg Araki’s sexual soap opera gets top marks for daring and no marks for everything else.

Cars 2
An unrequested sequel to their weakest film and Pixar’s first real turkey, Cars 2 was little more than a cynical exercise in merchandising.

Transformers Dark of the Moon 3D
Empty vessels make the most noise and there are few in Hollywood quite as resoundingly hollow as Michael Bay. A deafening digital dirge, the extra dimension here isn’t depth of field but brain-melting stupidity. And Shia LaBeouf is fast becoming the new Matthew McConaughey.


Your Highness
David Gordon Green’s comic slacker fantasia had a decent cast and a promising idea but floundered on a limp screenplay which didn’t include any funny jokes. A little Danny McBride goes a long way.

I spent most of the year reading Patrick O'Brian's outstanding 20-volume Master & Commander series, which didn't leave a lot of time for movie books - but the most entertaining cinema read of the year was Brian Kellow's biography of film critic Pauline Kael, A Life In The Dark; which spurred me into re-reading some of Kael's collected criticism, among them Going Steady, I Lost It At The Movies and Raising Kane and other essays. All superb (Raising Kane in particular contains a thrilling idea on almost every page) but more than 20 years after I first picked up one of her collections, I find I still don't agree with her half the time.
Posted by John Maguire

I like the list. The Tree of Life would be number one for me swiftly followed by Melancholia which I really loved. It had a rarity in a Von Trier movie, heart. I have yet to see Take Shelter.